79% of executives expect a recession, but only 35% feel “very” prepared: weekly statistics

Joel Simmons October 26, 2022 Recession Comments Off on 79% of executives expect a recession, but only 35% feel “very” prepared: weekly statistics 7 Views

As the likelihood of a recession continues to rise heading into the new year, a recent Aon survey of 800 C-suite executives and senior executives found that a majority of organizational leaders are , admittedly, underprepared for a major economic downturn.

While the survey found nearly 79% of executives believed a recession was coming in 2023, 47% of respondents said they were only somewhat prepared. Almost a fifth (18%) said they were not prepared at all.

“The most prepared leaders are not willing to let a volatile present prevent them from preparing for an undoubtedly more complex and risky future,” said Aon Chairman Eric Andersen. CFO. “Our research shows that companies need to balance taking steps to deal with short-term conditions without sacrificing long-term planning.” 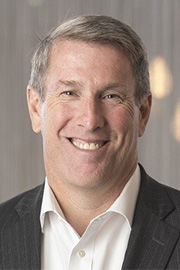 While rising commodity costs and a looming financial crisis top the list of what executives are spending their time preparing for (43% and 42%, respectively), the data shows that concerns are not over. on a par with preparing for next year’s economy. . Among survey respondents who consider themselves highly prepared, 62% agreed that their company’s appetite for risk has increased in response to the expected economic fallout.

According to the data, 61% of these same highly prepared leaders agreed that all risk is interconnected and that the most successful companies can manage risk regardless of its origin. Andersen stressed the importance of leadership that properly assesses and addresses risk in all economic conditions, but especially at the end of this year as we approach 2023.

“Leaders can both protect their organization and grow their business by understanding the interconnected nature of risk, addressing those risks, and managing them during periods of volatility,” he said. “Leaders who make better risk-informed decisions will be better prepared to navigate and achieve growth during periods of high volatility.”

Prepared leaders also seek to preserve their long-term investments in the face of a downturn. Rather than cutting things that will pay long-term dividends, short-term cuts are being made in areas like marketing (68% of respondents making cuts) and R&D (48%). Sixty-six percent of prepared leaders also raised their prices as a form of preparatory action. About half (51%) of respondents said they were delaying raising capital or taking on new debt, while just under half (49%) said they had slowed down or frozen hiring.

For the less prepared, their immediate actions resemble those of executives who consider themselves prepared. About 60% said they had both reduced their marketing budgets and increased their prices. However, the unprepared had a slightly stronger appetite for new capital, with only 42% of respondents saying they had delayed raising capital or taken on new debt.

The most drastic difference concerned the actions concerning the workforce. According to survey data, 45% of prepared executives have begun laying off employees as a strategy to prepare for a recession, but only 32% of unprepared say they have done the same.

Prepared leaders also began to see the value of bringing in outside experts. According to the data, 62% of highly prepared leaders agreed that a good outside advisor or consultant can help improve their organization’s ability to manage risk and make better decisions. In contrast, about half of unprepared leaders felt the same way.

Decision-making data showed that 47% of prepared leaders said they would turn to information technology to help with decision-making in the future, while 41% of unprepared leaders said says the same thing. A majority of the unprepared group (55%) said they would lean on senior management, while a third (33%) said they would lean on accounting or finance for a majority of its decision support. The prepared group also found it useful to use the C-suite and finance department when making decisions, despite the wisdom of leveraging IT and external consultants.

Regarding trust in external opinions and consultants, a drastic difference in the two groups was reported. While 62% of prepared people said a good external advisor would improve their company’s decision-making and risk-mitigation capabilities, only a third (33%) of unprepared people said the same.

The pandemic has taught businesses a lesson

While the argument that hybrid work environments can keep morale and productivity high continues to be debated, these are two things that leaders from all walks of life are trying to preserve as a recession looms. on the horizon. According to Andersen, morale and productivity will be a major factor not only in how companies operate in the future, but also in their approach to how they operate from top to bottom.

“Our survey found that 39% of business leaders felt hybrid working had a somewhat or extremely negative impact on their business,” Andersen said. “Working styles in the wake of the COVID-19 pandemic have represented a reinvention of the way we work, not just a return to the work environment of the past, as we build a workforce for the future.”

Andersen dismissed the idea that pandemic-induced economic woes were a one-time thing. “Most business leaders don’t see COVID-19 as a one-time event, but rather as something that exposed new risks and changed their thinking,” he said. “The best-prepared leaders strongly believe that COVID-19 has taught them how to react quickly to emerging risks.”

Survey respondents represented companies with at least 500 employees in the US, EU and UK as of September 2022.