A new outdoor swimming center in Dublin city? “It doesn’t float my boat”

According to Shane Coleman, plans for a large new outdoor swimming center complete with diving boards, an Olympic size swimming pool and saunas are just another waste of public money.

The new diet was proposed in place of the €23 million whitewater facility which was intended for George’s Dock.

On Newstalk breakfast this morning, presenters Shane Coleman and Ciara Kelly had very different views on the plan.

“I liked the idea of ​​white water rafting; for me, it was big, bold and ambitious.

“It’s unimaginative and uninspiring. Everyone says it will be great and it will be fantastic because they think of the weather like yesterday and the day before yesterday, but will it be used 300 days a year? I don’t think that will be the case personally.

“I worked at an outdoor pool – a long time ago, admittedly – and it closed. All of these outdoor pools across the country are closing and they are closing for a reason – because they depend on the weather.

He said the money could be spent on bigger and better things – noting that Parnell Square could be renovated into a new public square.

“In good weather people would sit outside to dine and drink there, but it’s sadly neglected at the top of our main road.

“For me, that would be a much better use of the money. I’m disappointed; I think he lacks ambition. 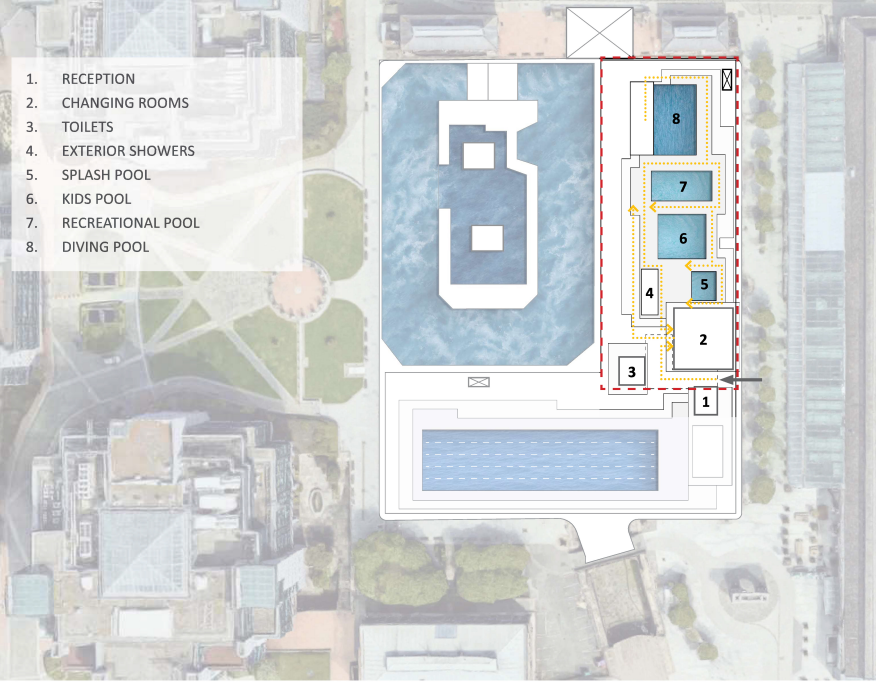 ” I do not agree with you. I think, first of all, it’s totally different from white water rafting. The rafting, they were touting a €50 per day entry for people, which makes it very expensive for everyone, especially families.

“This, they say, will be priced around €6 or €7, which makes it much more accessible.” 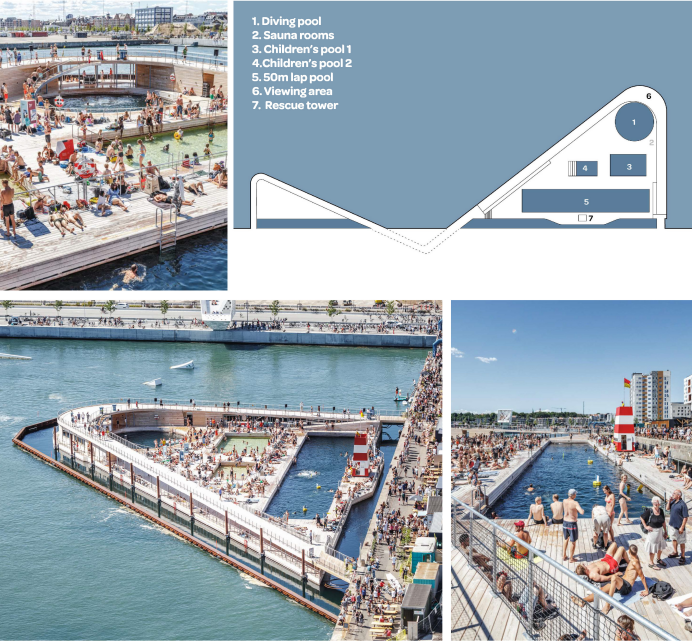 Arhus Harbor Bath in Denmark, one of the inspirations for Dublin’s public lido.

She said the pandemic has seen a complete change in the way Irish people use our public spaces.

“We haven’t always eaten out or swum in the sea – a lot has changed and our relationship with the outside environment has changed,” she said.

“That money is for public equipment and I think it’s great equipment for the town centre. Yes, maybe on some rainy days it won’t be used, but neither will Parnell Square – it doesn’t There won’t be people sitting there in Parnell Square on a rainy day.

“And what about all the people who live in downtown north?” People living in apartments, houses and apartments in this neighborhood who don’t have amenities like this on their doorstep.

“I think it’s a good thing, Spending money in public spaces. If we want to have high density housing, we need to have better public spaces.

Shane agreed we need to invest in our public spaces but insisted: “My argument is that I don’t think it will be used. I think it’s a bad use of money.